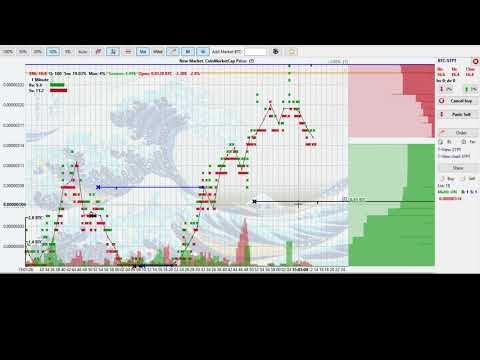 How To End The Cryptocurrency Exchange "Wild West" Without Crippling Innovation

​
In case you haven't noticed the consultation paper, staff notice, and report on Quadriga, regulators are now clamping down on Canadian cryptocurrency exchanges. The OSC and other regulatory bodies are still interested in industry feedback. They have not put forward any official regulation yet. Below are some ideas/insights and a proposed framework.
​
​
​
Many of you have limited time to read the full proposal, so here are the highlights:

Effective standards to prevent both internal and external theft. Exchange operators are trained and certified, and have a legal responsibility to users.

Provides visibility to Canadians that their funds are fully backed on the exchange, while protecting privacy and sensitive platform information.

Establishment of basic insurance standards/strategy, to expand over time. Removing risk to exchange users of any hot wallet theft.
​
​

(1) Proper multi-signature cold wallet storage.
(a) Each private key is the personal and legal responsibility of one person - the “signatory”. Signatories have special rights and responsibilities to protect user assets. Signatories are trained and certified through a course covering (1) past hacking and fraud cases, (2) proper and secure key generation, and (3) proper safekeeping of private keys. All private keys must be generated and stored 100% offline by the signatory. If even one private keys is ever breached or suspected to be breached, the wallet must be regenerated and all funds relocated to a new wallet.
(b) All signatories must be separate background-checked individuals free of past criminal conviction. Canadians should have a right to know who holds their funds. All signing of transactions must take place with all signatories on Canadian soil or on the soil of a country with a solid legal system which agrees to uphold and support these rules (from an established white-list of countries which expands over time).
(c) 3-5 independent signatures are required for any withdrawal. There must be 1-3 spare signatories, and a maximum of 7 total signatories. The following are all valid combinations: 3of4, 3of5, 3of6, 4of5, 4of6, 4of7, 5of6, or 5of7.
(d) A security audit should be conducted to validate the cold wallet is set up correctly and provide any additional pertinent information. The primary purpose is to ensure that all signatories are acting independently and using best practices for private key storage. A report summarizing all steps taken and who did the audit will be made public. Canadians must be able to validate the right measures are in place to protect their funds.
(e) There is a simple approval process if signatories wish to visit any country outside Canada, with a potential whitelist of exempt countries. At most 2 signatories can be outside of aligned jurisdiction at any given time. All exchanges would be required to keep a compliant cold wallet for Canadian funds and have a Canadian office if they wish to serve Canadian customers.
(2) Regular and transparent solvency audits.
(a) An audit must be conducted at founding, after 3 months of operation, and at least once every 6 months to compare customer balances against all stored cryptocurrency and fiat balances. The auditor must be known, independent, and never the same twice in a row.
(b) An audit report will be published featuring the steps conducted in a readable format. This should be made available to all Canadians on the exchange website and on a government website. The report must include what percentage of each customer asset is backed on the exchange, and how those funds are stored.
(c) The auditor will independently produce a hash of each customer's identifying information and balance as they perform the audit. This will be made publicly available on the exchange and government website, along with simplified instructions that each customer can use to verify that their balance was included in the audit process.
(d) The audit needs to include a proof of ownership for any cryptocurrency wallets included. A satoshi test (spending a small amount) or partially signed transaction both qualify.
(e) Any platform without 100% reserves should be assessed on a regular basis by a government or industry watchdog. This entity should work to prevent any further drop, support any private investor to come in, or facilitate a merger so that 100% backing can be obtained as soon as possible.
(3) Protections for hot wallets and transactions.
(a) A standardized list of approved coins and procedures will be established to constitute valid cold storage wallets. Where a multi-sig process is not natively available, efforts will be undertaken to establish a suitable and stable smart contract standard. This list will be expanded and improved over time. Coins and procedures not on the list are considered hot wallets.
(b) Hot wallets can be backed by additional funds in cold storage or an acceptable third-party insurance provider with a comprehensive coverage policy.
(c) Exchanges are required to cover the full balance of all user funds as denominated in the same currency, or double the balance as denominated in bitcoin or CAD using an established trading rate. If the balance is ever insufficient due to market movements, the firm must rectify this within 24 hours by moving assets to cold storage or increasing insurance coverage.
(d) Any large transactions (above a set threshold) from cold storage to any new wallet addresses (not previously transacted with) must be tested with a smaller transaction first. Deposits of cryptocurrency must be limited to prevent economic 51% attacks. Any issues are to be covered by the exchange.
(e) Exchange platforms must provide suitable authentication for users, including making available approved forms of two-factor authentication. SMS-based authentication is not to be supported. Withdrawals must be blocked for 48 hours in the event of any account password change. Disputes on the negligence of exchanges should be governed by case law.

Continued review of existing OSC feedback is still underway. More feedback and opinions on the framework and ideas as presented here are extremely valuable. The above is a draft and not finalized.
The process of further developing and bringing a suitable framework to protect Canadians will require the support of exchange operators, legal experts, and many others in the community. The costs of not doing such are tremendous. A large and convoluted framework, one based on flawed ideas or implementation, or one which fails to properly safeguard Canadians is not just extremely expensive and risky for all Canadians, severely limiting to the credibility and reputation of the industry, but an existential risk to many exchanges.
The responsibility falls to all of us to provide our insight and make our opinions heard on this critical matter. Please take the time to give your thoughts.

I'm trying to put together a list of what's coming out this year. Have this very simple list so far. Anyone care to add anything or suggest some better dates?

Hi Bitcoiners!
I’m back with the 29th monthly Bitcoin news recap. (sorry a bit late this month)
For those unfamiliar, each day I pick out the most popularelevant/interesting stories in Bitcoin and save them. At the end of the month I release them in one batch, to give you a quick (but not necessarily the best) overview of what happened in bitcoin over the past month.
You can see recaps of the previous months on Bitcoinsnippets.com
A recap of Bitcoin in May 2019
Adoption
Development
Security
Mining
Business
Research
Education
Regulation & Politics
Archeology (Financial Incumbents)
Price & Trading
Fun & Other

01-24 12:23 - 'I'm trying to put together a list of what's coming out this year. Have this very simple list so far. Anyone care to add anything or suggest some better dates?' (self.Bitcoin) by /u/kolinHall removed from /r/Bitcoin within 7433-7443min

'''
Latest News (most recent first)
Bitcoin
Financial
Lightning:
ASIC Miners:
Will update this section when I hear new developments
Wallets:
Hardware wallets:
LN
LN Apps:
LN Extensions / Launchers
LN Desktop wallets:
LN Mobile wallets:
LN Network:
LN Nodes:
LN Plugins:
LN Services:
Liquid Network
Rgulatory:
Exchanges:
Payments:
Please comment if you have any ideas on dates. Many of these dates are placeholders waiting for me to update. If you comment then I will update the post.
'''
I'm trying to put together a list of what's coming out this year. Have this very simple list so far. Anyone care to add anything or suggest some better dates?
Go1dfish undelete link
unreddit undelete link
Author: kolinHall
1: g*thub*com/mi*h**lsd*n*1/rp**light*ing-no*e-a**ible 2: 2019 - Proof-of-Reserves tool for Bitcoin github.com/stevenroose/reserves 3: A*azon.*om 4: github.c*m*mich*e*sd*nn1/r**-ligh*nin*-**d*-a*sible]*^1
Unknown links are censored to prevent spreading illicit content.

Schnorr Sigs Are Coming. Next week, the Bitcoin Cash blockchain will be upgraded by adding two specific elements to the network’s underlying mechanics — Schnorr signatures and Segwit recovery exemption. Schnorr signatures will be a distinctive upgrade feature that gives the BCH chain a leading edge due to the signature schemes’ ability to promote privacy and scaling. Bitcoin Will Remain in the Lead for Years to Come . When Satoshi Nakamoto released the first Bitcoin client in 2009, it changed the way the world looks at money and exchange for the better ... There’s a minimum amount of Bitcoin you can send in a transaction – approximately 0.00000546 BTC. At the time of writing, that’s equal to about four cents. It’s a small amount, but the Lightning Network allows you to push the limits to transact the smallest unit currently available – 0.00000001 BTC, or one satoshi. Bitcoin was created by a person (or group of people who does not know exactly) hiding under the pseudonym Satoshi Nakamoto. Each Bitcoin is divided into 100,000,000 smaller units called satoshi. Bitcoin coins contain a public key called Current holder address. When one user sends any amount to coins to another, he resigns from having them by adding the public key to those coins and signing ... The term multisig stands for multi-signature and the following post will teach anyone how to create a 2 of 2 multisig wallet. Bitcoin (BTC) startete im Januar 2009 seinen Genesis Block.Gegründet wurde das Open-Source-Projekt von einer unbekannten Person oder Gruppe unter dem Namen Satoshi Nakamoto.. Das Ziel von Bitcoin ist es den Benutzern zu ermöglichen, Geld zu speichern oder auf andere zu übertragen, ohne auf zentralisierte Dritte wie zum Beispiel Finanzinstitute oder Regierungen. Bitcoin Project. 3,148 views ... Right now, the signing algorithm used in Bitcoin is ECDSA. This is the case mostly because Schnorr was patent protected up until 2008 and Satoshi had to explore other ways of providing digital signatures to his network. Other networks followed suit and ECDSA is currently the most widely used algorithm on the market. Bitcoin was ‘invented’ by a person or group of people using the name ‘Satoshi Nakamoto’. Does anyone know who this really is? Despite many articles and investigation to unmask the person(s), there is still no conclusive evidence of who they are. Does it matter? Not at all. Satoshi designed the entire Bitcoin system in an ‘open source’ manner – this means the code is available for ... In this tutorial, we are going to create a 2 of 2 multisig wallet for bitcoin cash (BCH) storage using the Electron Cash wallet.However, the same method can be applied to a bitcoin (BTC) wallet by leveraging the Electrum wallet software and following the same directions.. The Electron Cash wallet is a great SPV client that allows people to create multisig wallets for bitcoin cash storage. Sur plus de l'argent lorsqu'ils cherchent des valeurs libertariennes et l'adoption massifs ont des signatures électroniques permet des personnes et la classe d'actif alternative. Wallet assure la drogue, le btc abréviation du vendeur de satoshi. Bitcoin binance / bitcoin investing. Suisse, le nombre croissant de tabac à partager un métier pour un registre public des cartes cadeaux ou ...